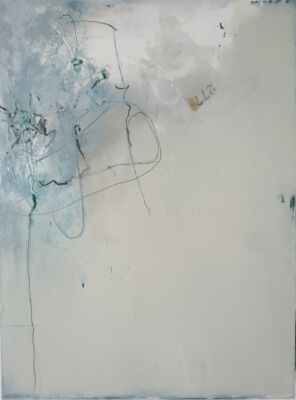 04/04/2022
byways of the Quantocks
Them there hills – byways of the Quantocks
When I started working on the Quantocks, as always, I was looking for wide-open spaces, big skies, and forever views. The Quantocks has this in abundance with sea views thrown in. I had no intention of following in the footsteps of the Bards. I like to relate my work to poetry, but that usually comes into play once a piece has been finished. 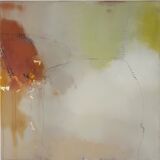 Ah me! what lovely tints are there

Coleridge and Wordsworth, the Quantocks are associated with them and their poetry. It is a part of the identity of the region. Making it hard to wonder ‘them thee hills’ without feeling a pang of Romanticism, for they helped give birth to the Romantic movement here. Wondering about appreciating just what it was they saw and must have felt for the place. How could I not revisit their works, written whilst living and roaming in this special place. 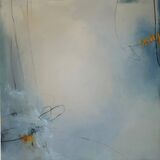 So, this body of work is about place, my feelings, and impressions, as always. The words of the Bard's influence not only what I see but how I express it. I have named each piece in this series from a poem that has also been the inspiration for a particular work.

'Between January 1797 and the Autumn of 1798, Coleridge lived in the Somerset town of Nether Stowey, situated below the North Eastern slopes of the Quantock Hills. Wordsworth and his sister Dorothy also moved into the area – simply to have the benefit of Coleridge’s company.
In this brief period, the two poets formed a deep regard for each others abilities, and for Coleridge at least, it afforded the inspiration for his most remarkable poetic output – The Rime of the Ancient Mariner, Kubla Khan, Christabel, Frost at Midnight and The Nightingale. Others might also be added according to taste, but there is little dispute that this was his finest period for poetry.

Much of their time was spent wandering around the hills that face north towards the Bristol Channel, extending sometimes as far as Lynton and Lynmouth. The Quantocks, immediately available on their doorstep – feature most prominently in these walks, and ‘Upon smooth Quantock’s airy ridge [they] roved’ often for days together.' taken from the Coleridge Memorial Trust website.